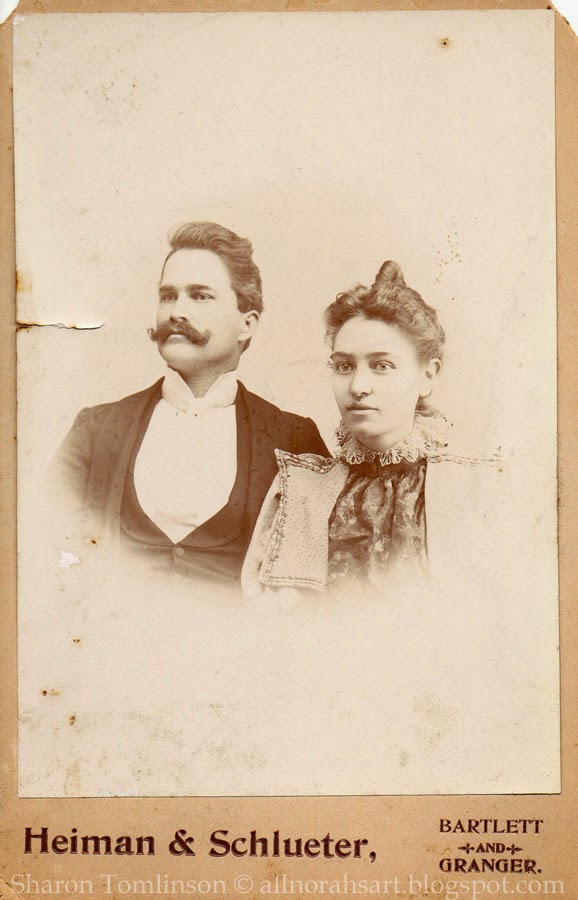 Meet Mr and Mrs Heiman from the Barlett and Granger area.
(That is close to me here in Central Texas)
He was a photographer and enjoyed a very lucrative business with Mr Schlueter.

They were a very well traveled couple and traveled worldwide.
It so happens, they traveled to Italy where they met a very interesting artist whose given name was Amedeo.


Mr Heiman and Mr Modigliani were intrigued with each other mostly because they shared a picture making profession.
They became friends immediately.
Hence, Mr Modigliani persuaded the couple to let him paint a likeness.

Upon there return to Texas learned, they became a part of the One Hundred Faces project.

And that's the whole truth!
♥

Email ThisBlogThis!Share to TwitterShare to FacebookShare to Pinterest
Labels: About Inspiration, faces, Modigliani, One Hundred Faces