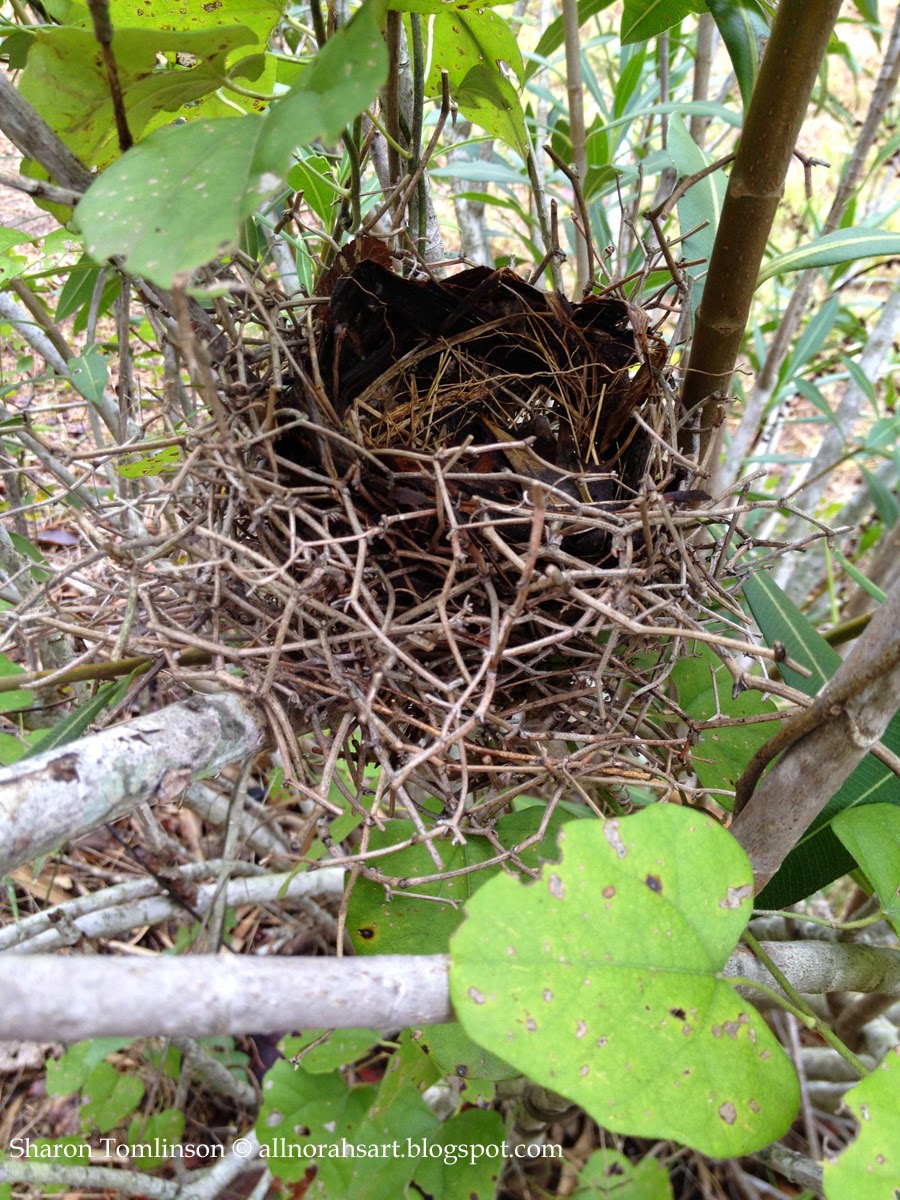 Did you ever watch a nest being built?
I have.
In June 2009, I watched a red bird, another name for a Northern Cardinal, build a nest at my back door.
I documented it here on my blog as it was in progress in several post.

That is why I'm positive these two nest were built by red birds.
I just discovered these nest recently near the Garden Palace in side by side Oleanders.

Made me wonder if they were setting there eggs at the same time.
It must get pretty lonely on the nest.
So, I chose to think they planned this. 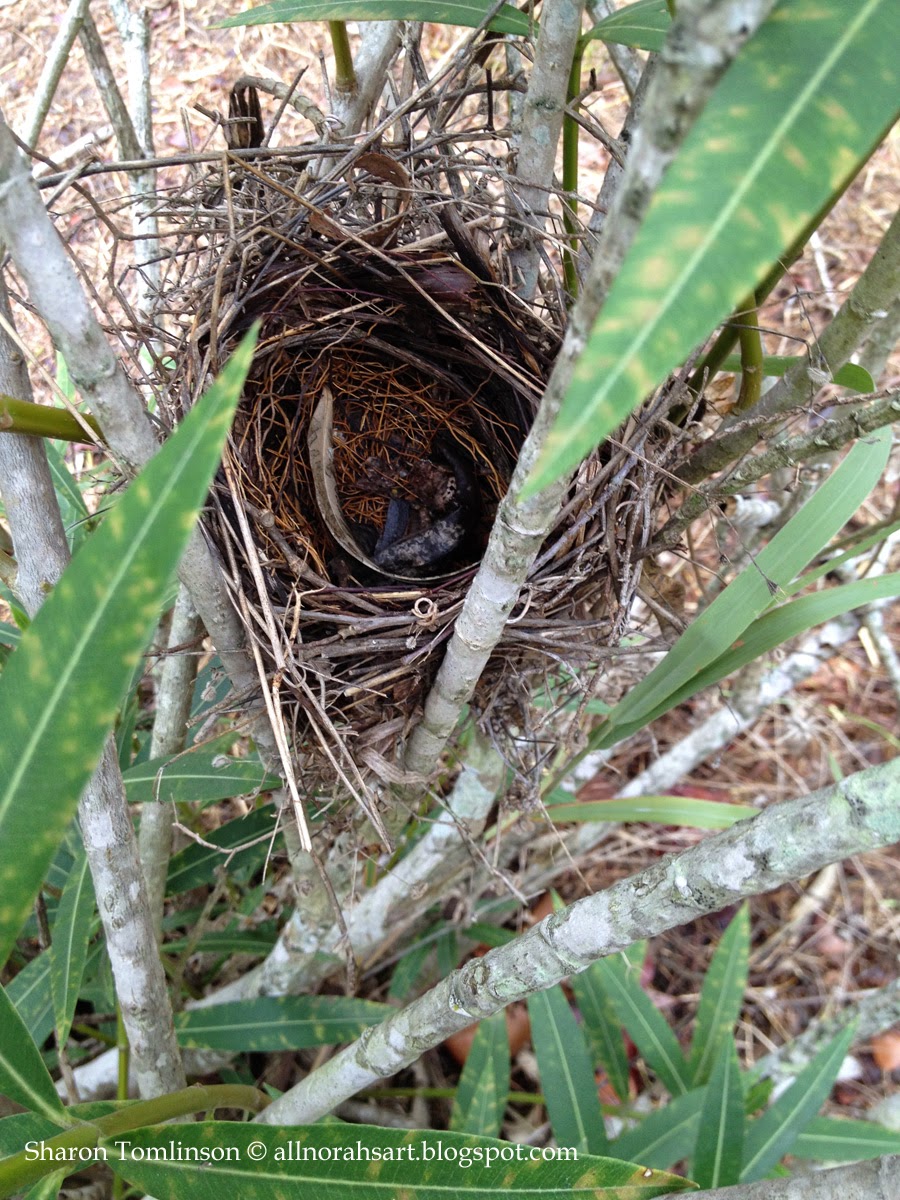 The interesting thing is they build in layers.
The first layer is large coarse material which shows nicely in the first picture.
I recognize this as dead branches of a vine which is hanging in a nearby cedar tree.
That big green leaf in the forefront is of the same kind of vine.
Then, as each layer is added, the material gets smaller and smaller.
A layer of dead leaves is added before the final very fine material is added and smoothed into a perfect cup like home for nesting.

Just thought you'd like to know.
♥
PS:    I don't know if redbirds clean up and refurbish to reuse a nest but I'm leaving these in place and will be watching....come spring.
Posted by Sharon Tomlinson