My View This Week 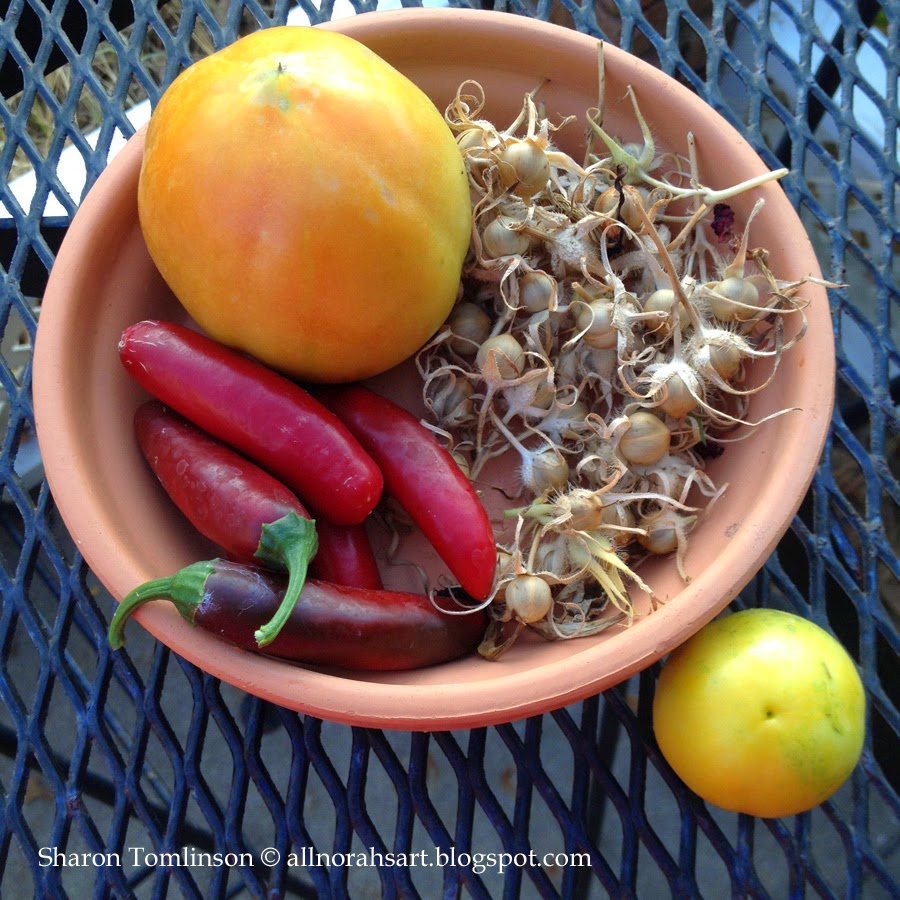 Yesterday's harvest.
I always pick the tomatoes just after they start turning so I don't have to share them with creatures.
Peppers and morning glory seed pods. 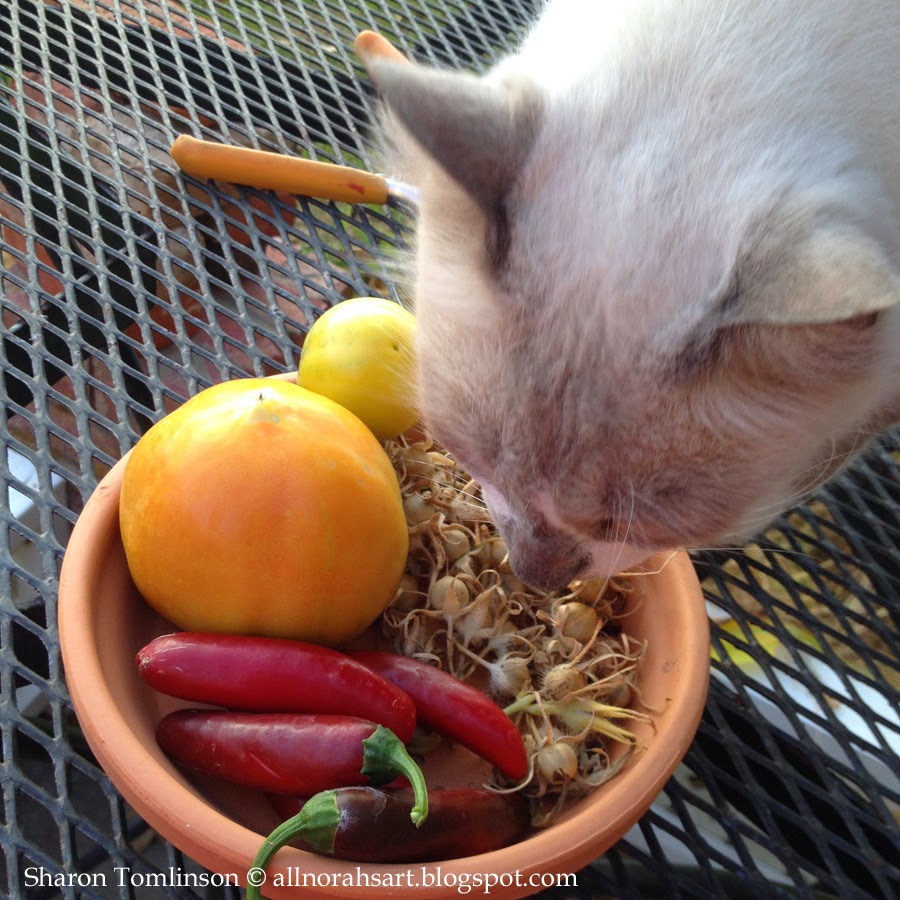 My ever present buddy always checking out whatever I'm doing. 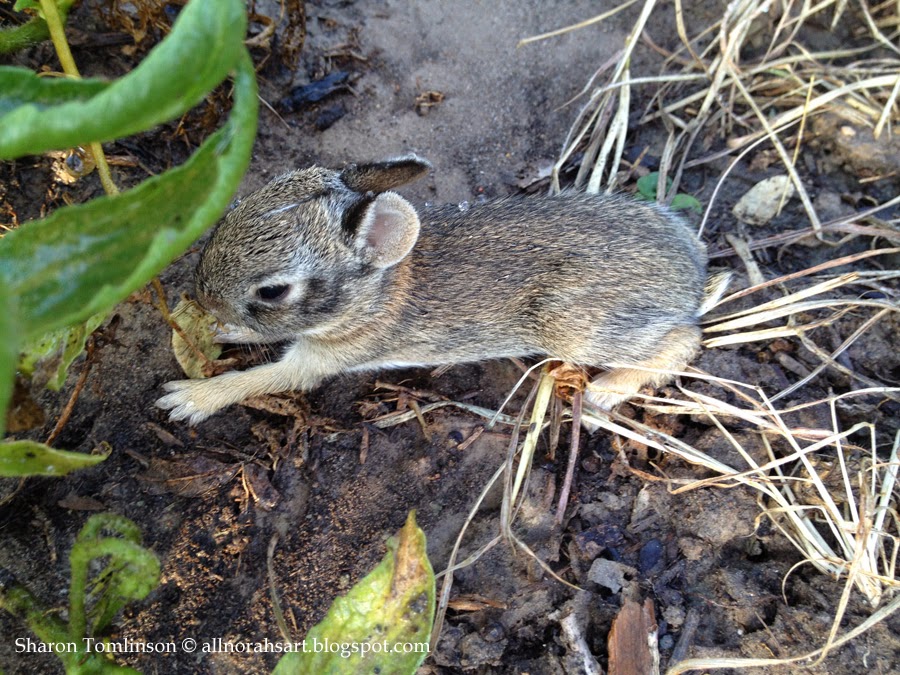 LOOK!
Who is this in my garden?
As I was watering this week, he scampered out from under the big leaves of a squash vine. 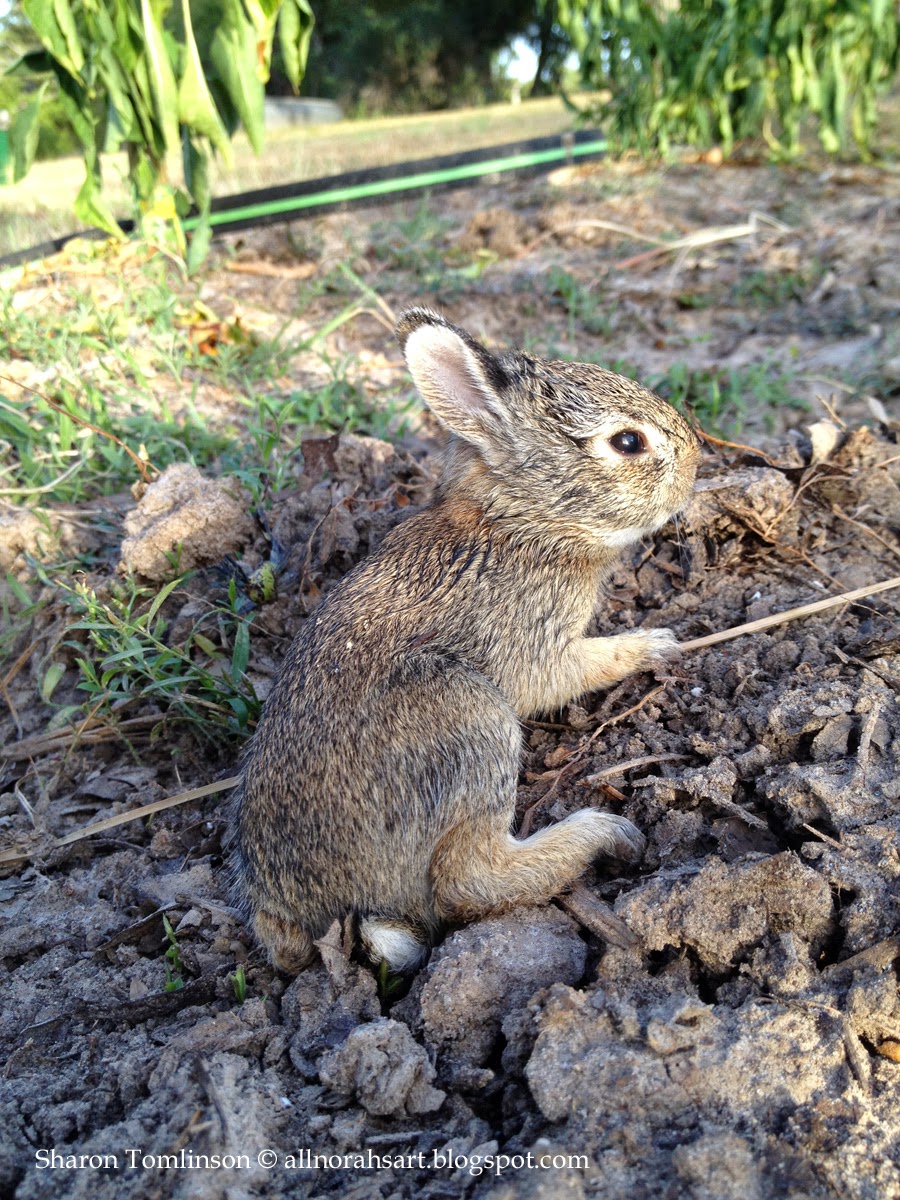 On closer inspection, I found a nest with at least one more and probably several. I didn't disturb them.
After editing this photo, I can see that his fur looks wet and that is why he ran.
Look at that cotton tail. This bed hasn't been too successful.
But I do love the cosmos that are finally blooming. 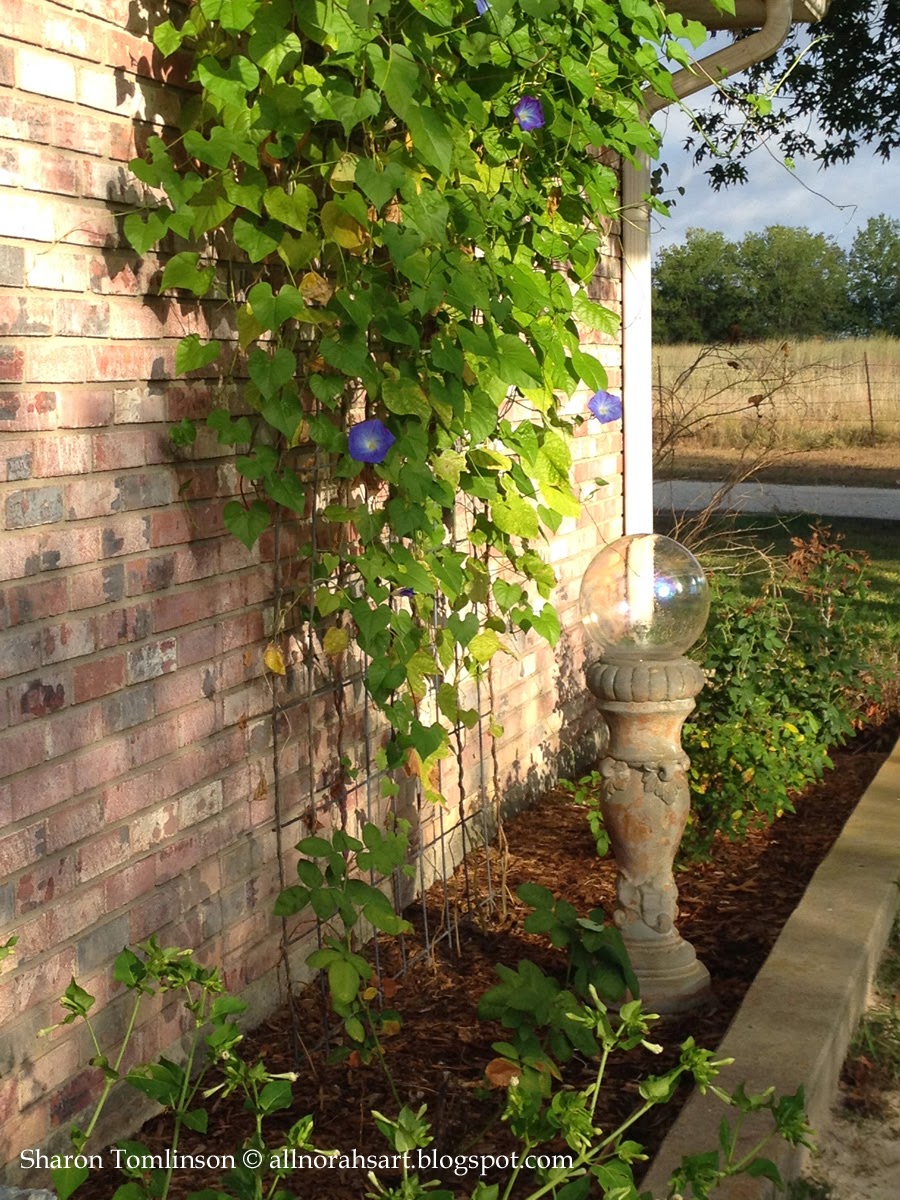 In the foreground is a four o'clock in full bud.
I keep forgetting to go out in the late afternoon to catch them open.
Next year I will plant more four o'clocks at the feet of the trellis. 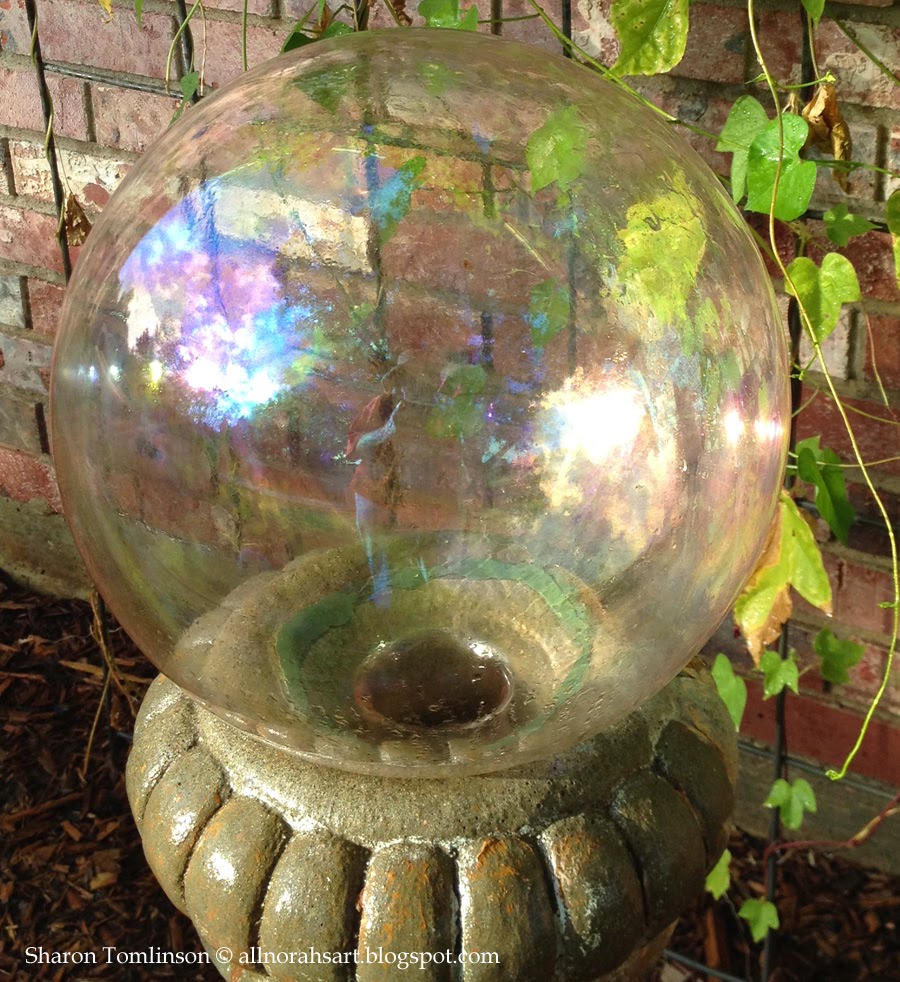 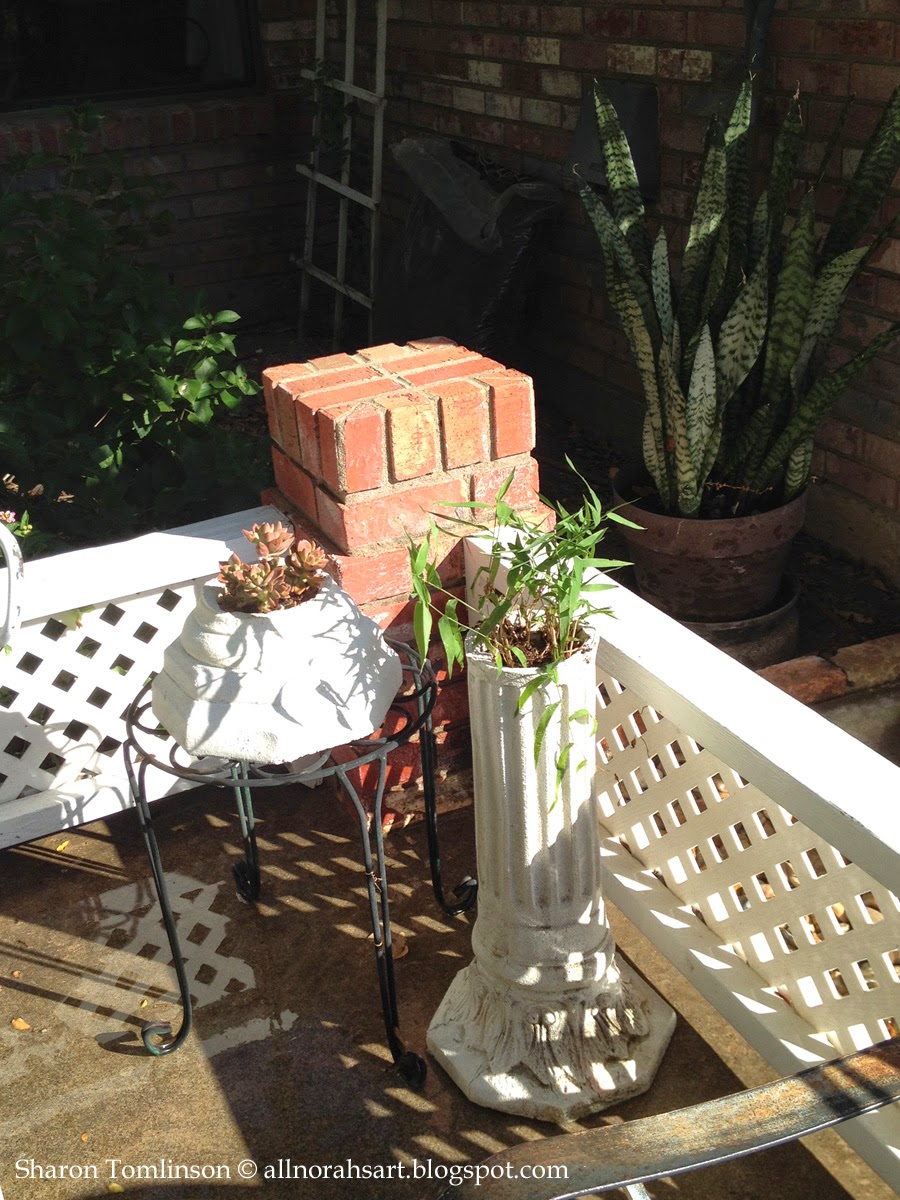 Forever, I have had this broken pillar.
I left it outside on the Garden Palace step and it fell off and broke.
I could not part with it and now look. 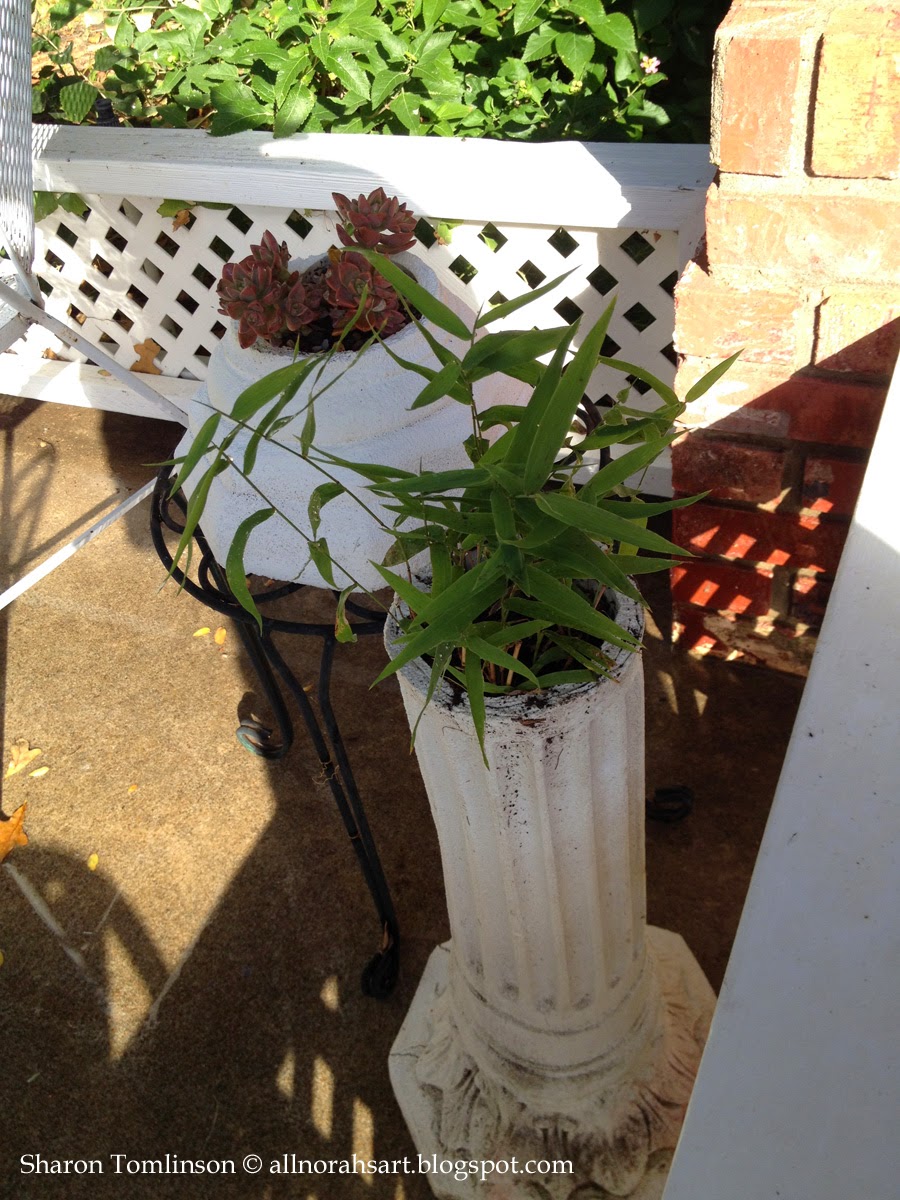 I love it now better with plants in it rather than in a pot sitting on top of it.
In case you are wondering, the plant with the bamboo like leaves in the taller section is Inland Sea Oats that grow wild on my place. It is a grass native to central and eastern US that has beautiful seed pods. I dug this small clump that actually had been mowed; therefore no seed pods. 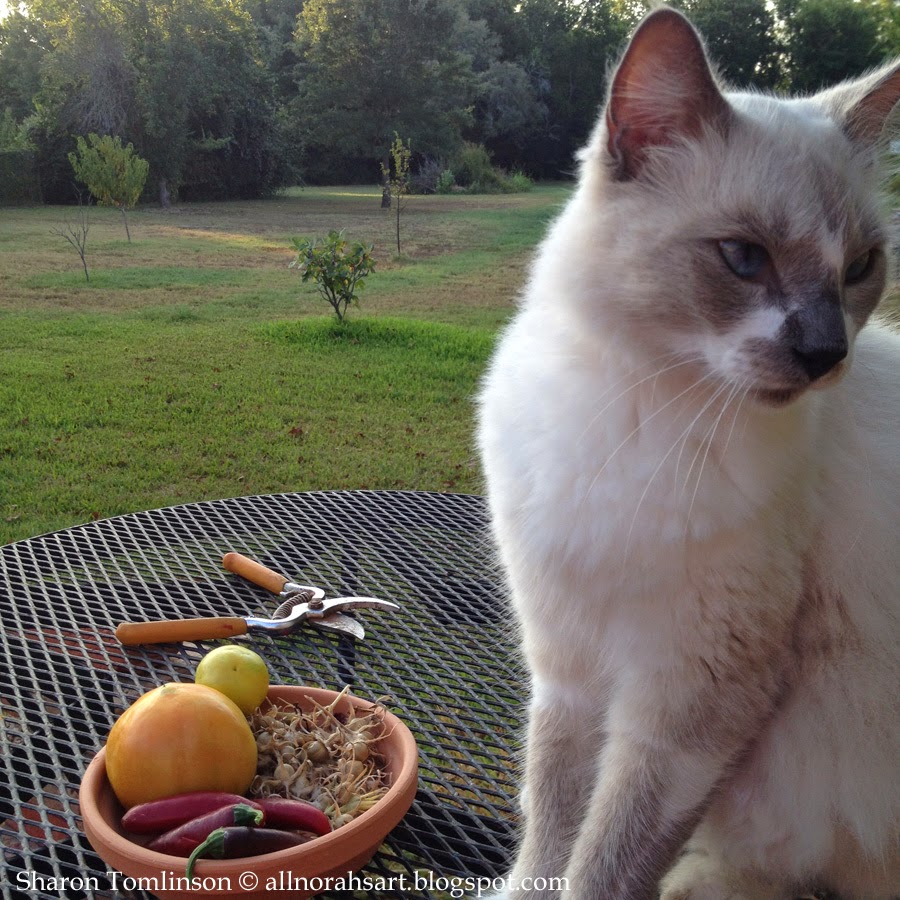 A parting shot of Stupid Kitty because I can never get his eyes.
He won't look me in the eyes.
Why?
Posted by Sharon Tomlinson

Email ThisBlogThis!Share to TwitterShare to FacebookShare to Pinterest
Labels: Flowers, Home and Garden