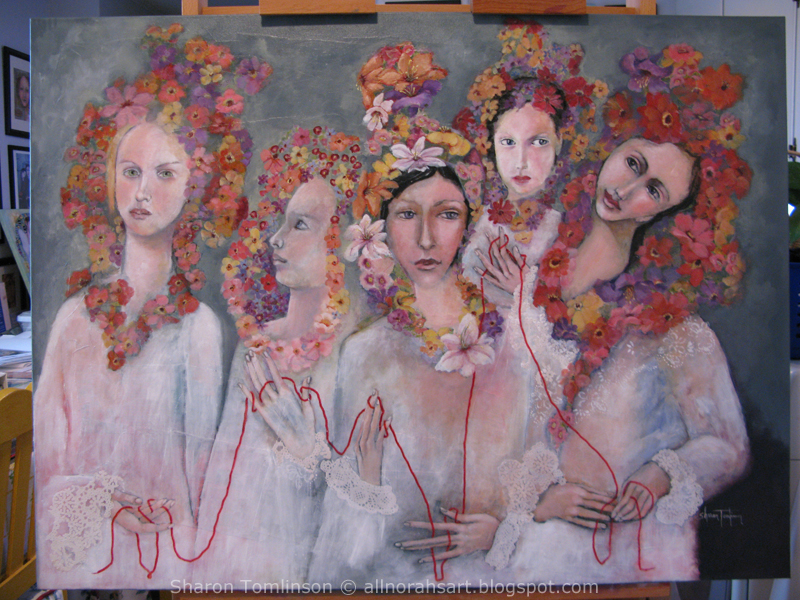 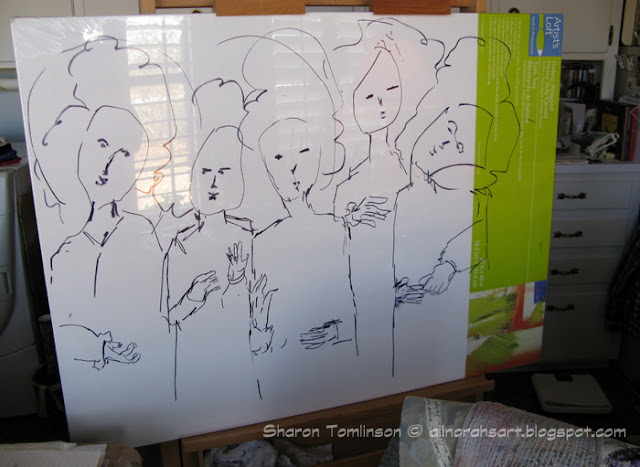 Preliminary sketch on the cello wrapping. 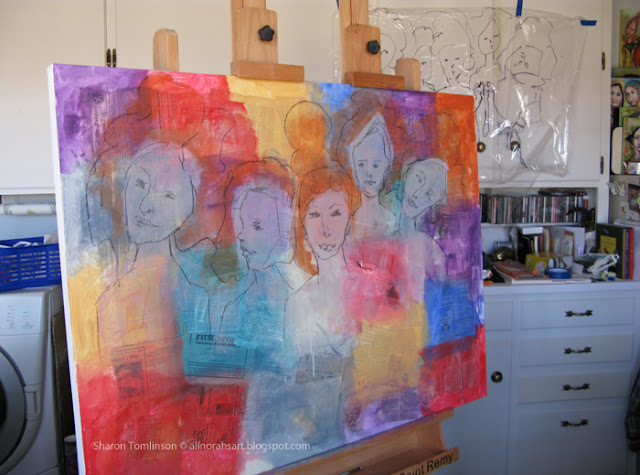 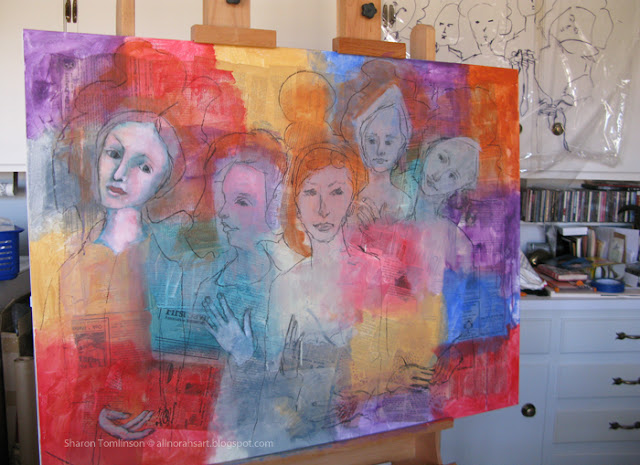 Started painting with the first face on the left.
I remember the struggle as it had been two months since I picked up a brush. 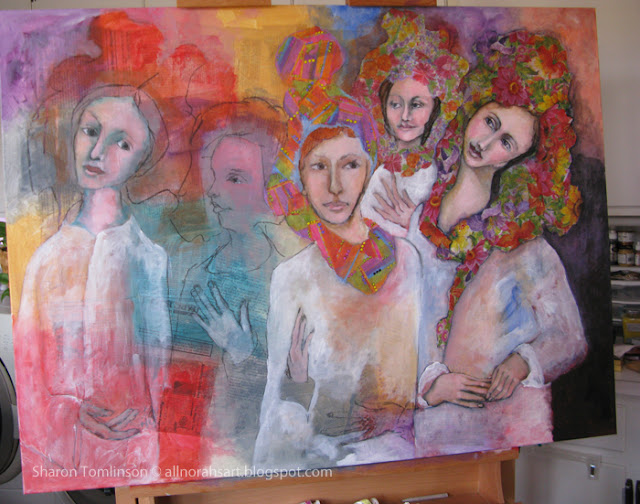 Added collage with two tissue patterns and one napkin. 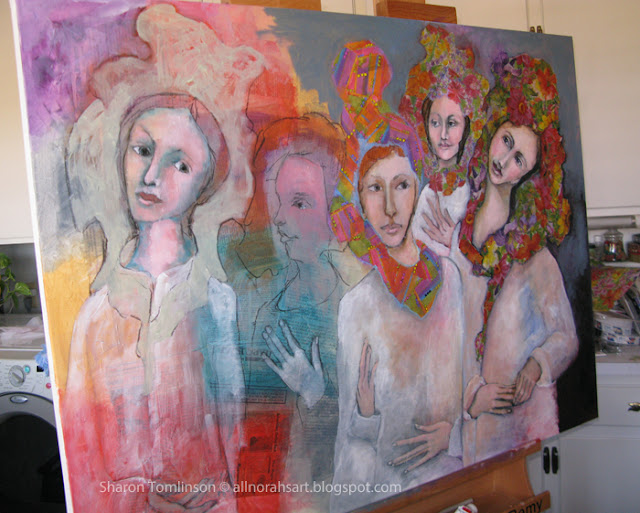 So far, I pretty much was following the original sketch except for some changes in the hands. 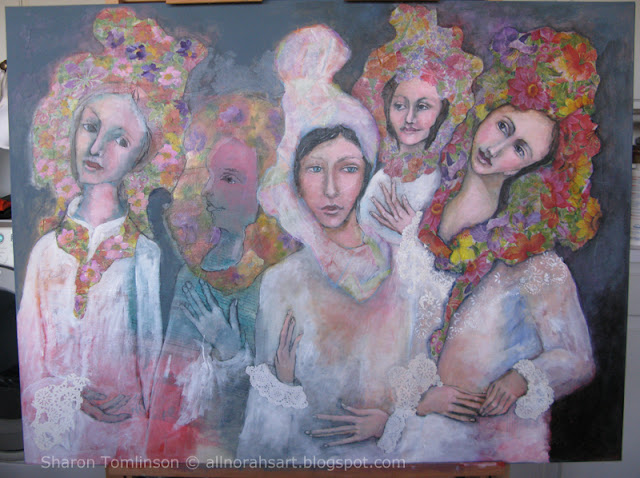 And then I could not love the napkin that I used in the center girl. The lines just never set well with me.
I also knew that the girl in the back would be repainted.
Never loved her. 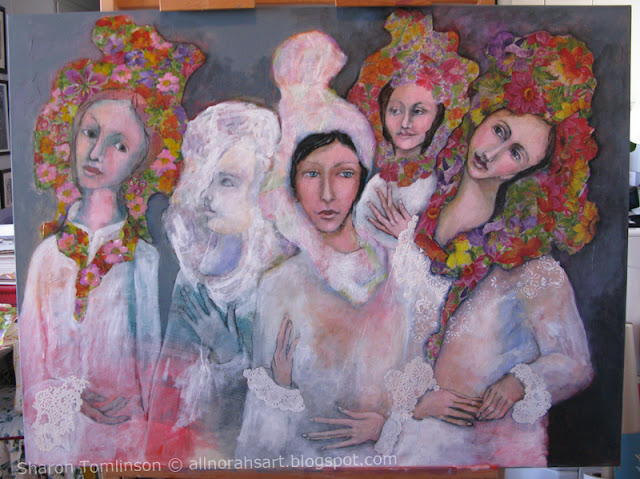 At some point, I sunk into the notion that this painting was going to take me a long time and I got comfortable with that knowing there was much for me to learn.
That was the permission to keep changing stuff. 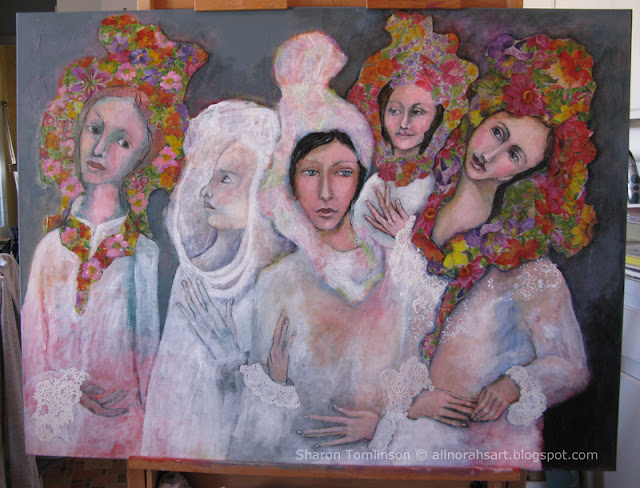 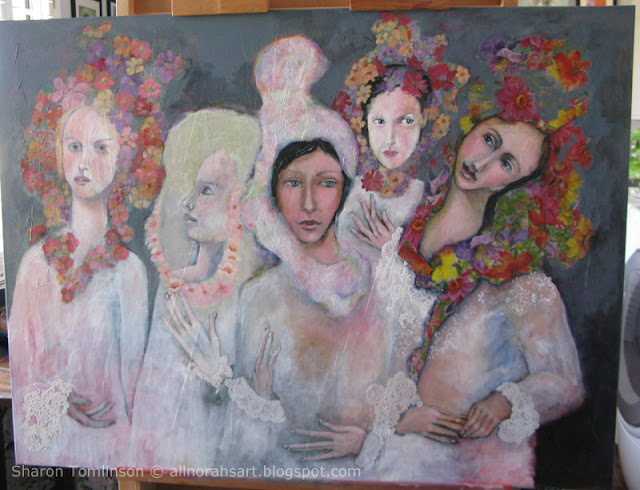 One of the things I did not like about the girl in the back her face was too small. You can see in the above two photos that I did manage to enlarge her enough to be happy with her. Adding the crown hair did help with the too small problem. 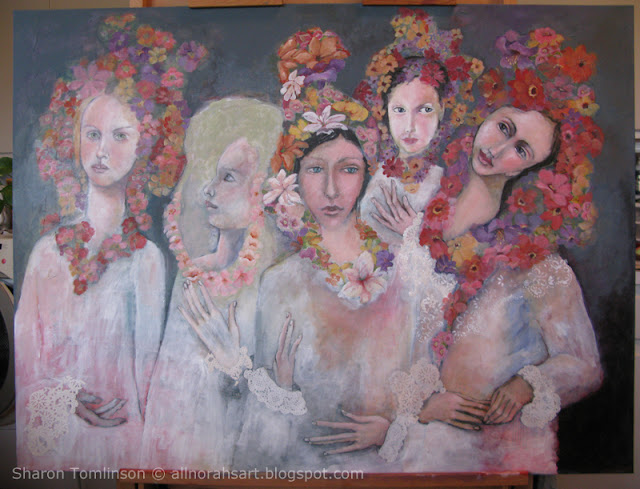 This painting took me over a month to paint and I want to share some things I learned, if I can.

I can't help but wonder how different. For more
♥
For more of the progression of this painting, the previous 12 post were about this one painting.
Posted by Sharon Tomlinson