All was good and then... 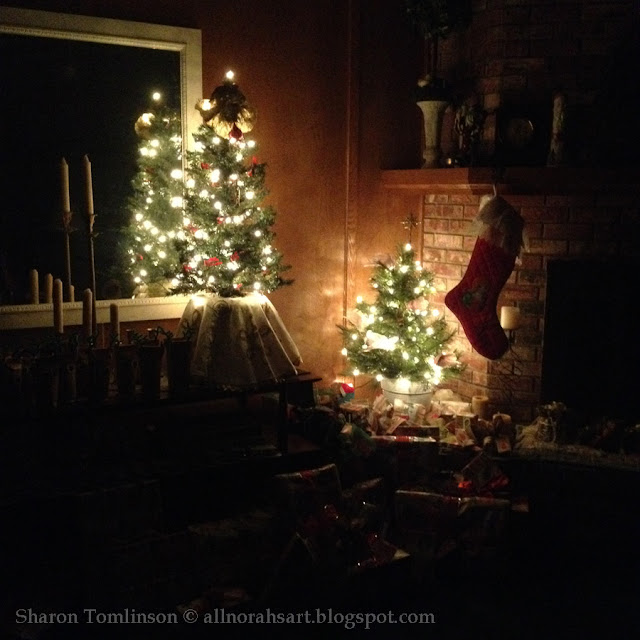 Last year we had a Snowman Christmas and this year it was all about Christmas Trees and Reindeer. Two trees and seventeen reindeer bags full of goodie$. 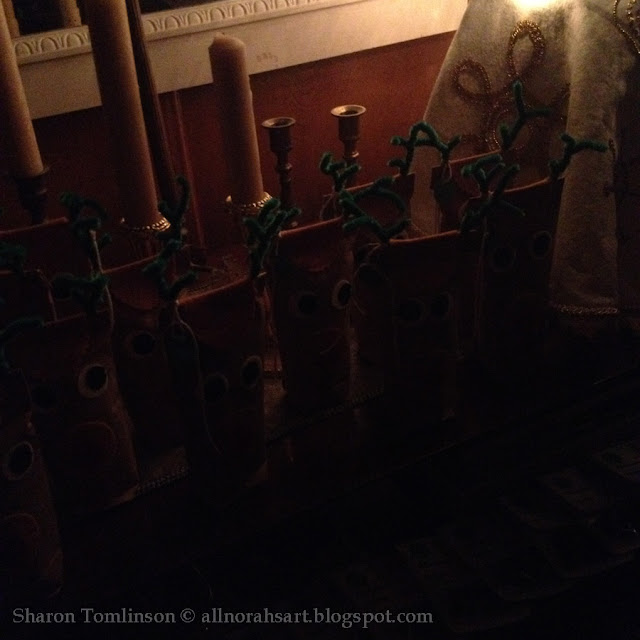 I didn't do so good with photos this year. I was a bit preoccupied. 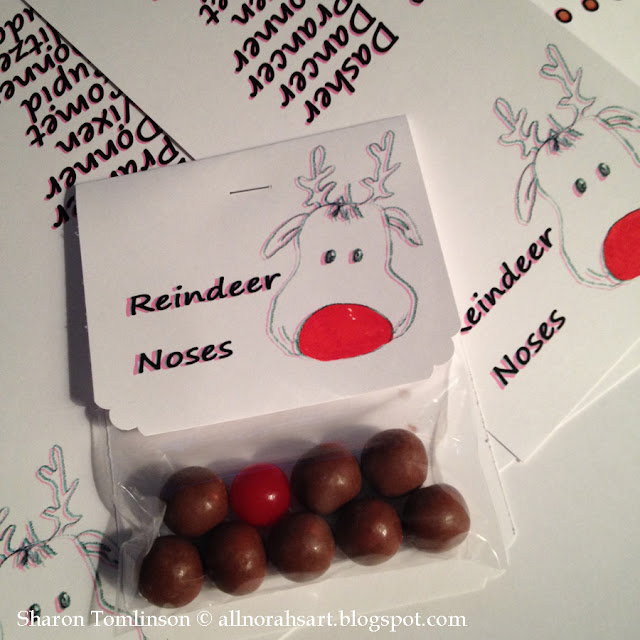 I did manage a few things ahead of the day like these reindeer candy bags. 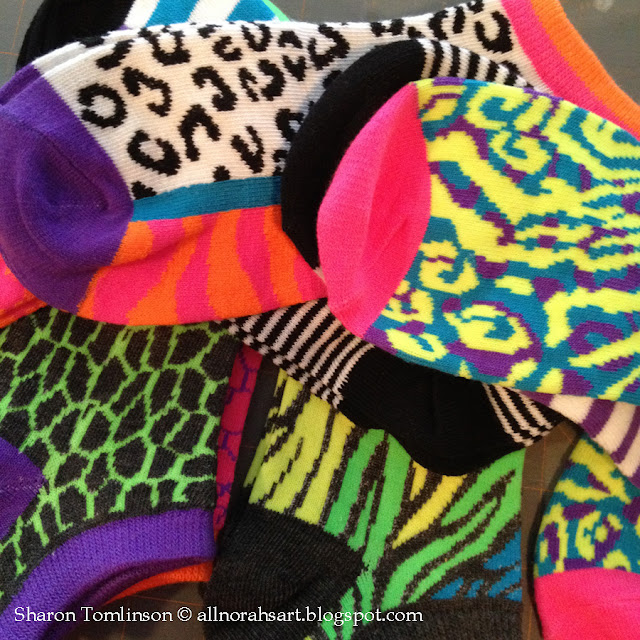 I planned a fun sock game where my six big and little girls each pulled six... 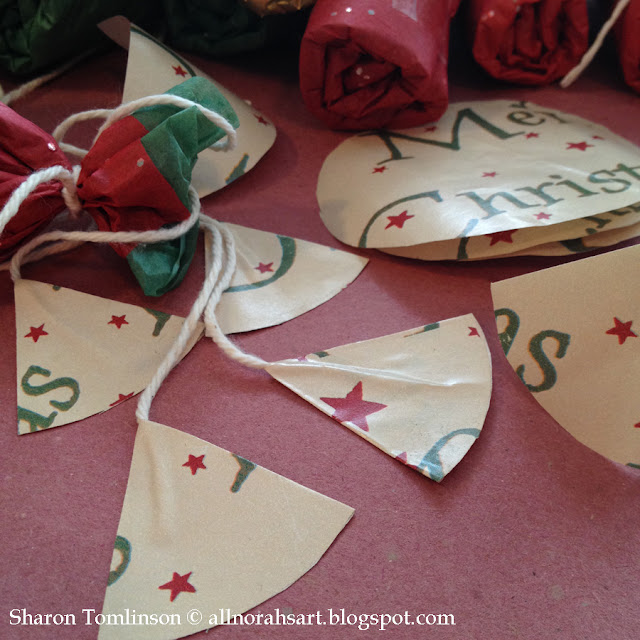 ...of these little tree tabs to find out which 3 pair of unmatched socks they would get. 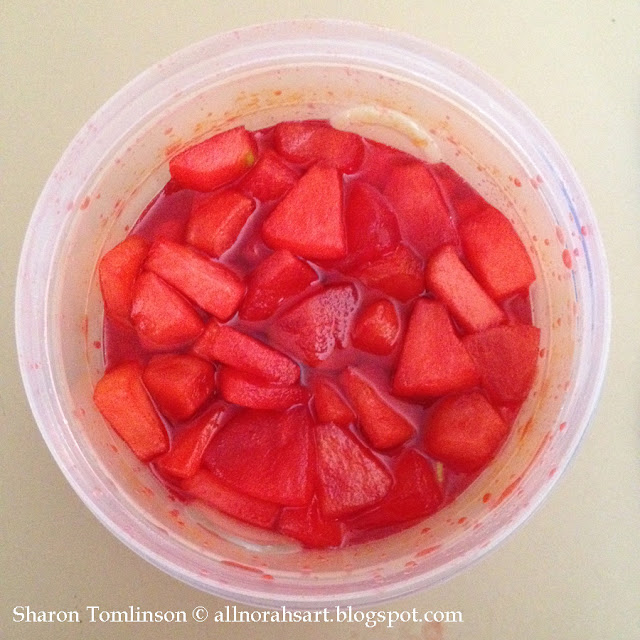 I made candied apples for my fruit salad. I baked a pecan pie, banana pudding and banana bread before the day. If you know me, you know I never ever cook anything before the day. I also put together a broccoli casserole. I cooked the cornbread and prepped everything for the dressing.

On the day as always, I was up early and started the rest of the cooking. I even had the serving dishes out with little paper notes naming what would go in each. I had the hot pads lined up down the middle of the table and noted what would go where.

...around 10:30 on the day about the time the turkey was to come out of the oven, I was whizzing from the bathroom to the kitchen and caught my foot on either a little rug that I had thrown from the kitchen to the bedroom to vac or the vac cord and I danced across the floor head first trying to catch a fall but knowing the momentum was too great.

I was headed right straight toward the kitchen door facing. I was still trying to catch my fall all the time dancing faster and faster. In a split second, I knew my face was going to be a big mess.

I was still trying to catch my fall when somehow I ended up in the kitchen on the tile floor. Face untouched. I hit with my butt, not the part when sitting straight up but the part touching when you are slouching down and sliding out of the chair. When it hit the momentum was so great that my body slung backwards with centrifugal force and jerked my head back. It hit the tile floor. In that split second before hitting I knew it was not going to be good and I even thought about how lucky I was that I had been so organized with the day since I probably would not be present now.

When I hit, I really thought I might have cracked my skull. Pain? Yes. I also felt the pain in my butt. Ken was sitting in his chair and saw the whole thing happening. I think I yelled when I first started dancing across in front of him. He said he thought I nearly caught the fall two times.

I laid in the floor crying, first with pain while holding my head and feeling the goose egg swell in my hand, and then I cried loud with anger that I had done something so stupid. I really could not get up for a while or rather I didn't want to get up. The cool tile floor felt so good. Eventually, I was ready and got up.

With the goose egg in my hand, I knew I had not cracked my skull. I knew I was going to have a terrific head ache and Ken had three Advil ready immediately.

I got up and sat at the bar and directed Ken on what to do. I had gotten so organized before and had even written my cooking scheduled with what would go in the oven and when. He set the table (a first) and even though he would ask what goes where, he seemed to know. I think he may have been paying attention in earlier years when I would show the kids how to set the table for me. He knew and that made me smile.

He made the tea (another first as far as I can remember) and all was done before the kids arrived. Of course we always wait to put the rolls in until everyone is present and Melissa's job is always to carve the turkey. She strips that bird down to the bone like no one I know which is a job I hate. Tim is in charge of the shells and cheese because they want that right off the stove and not made ahead and Tim is the shells and cheese chef. 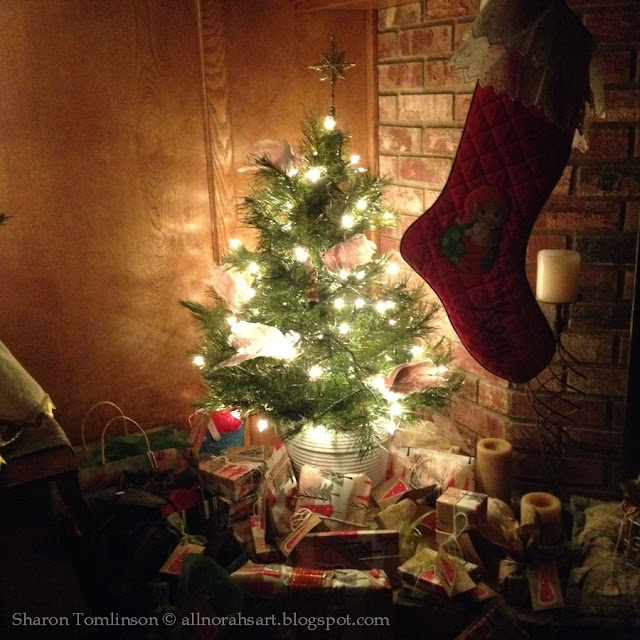 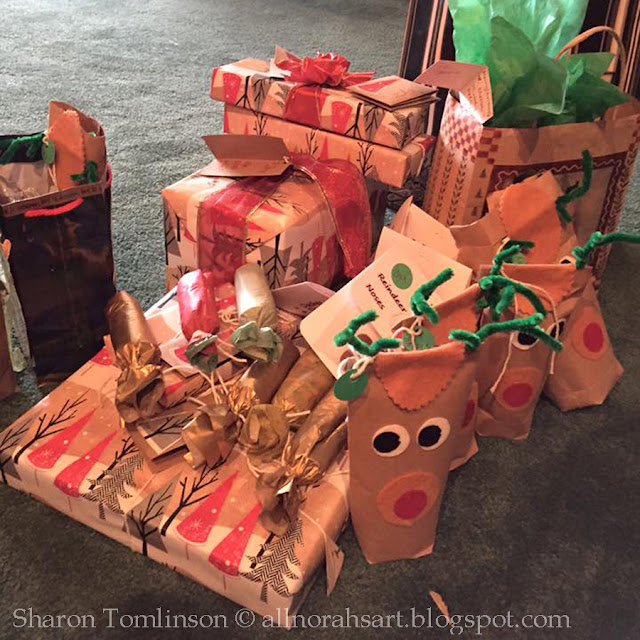 This little stack is ready to go home unwrapped. Seven littles didn't get to come this year and we missed them ever so much.

The day could have only been better if the seven missing could have been here.

I'm all good. The goose egg is slowly going down but still sore. I can't slouch in my chair as that is exactly the wrong way to avoid butt pain.

I believe.
Posted by Sharon Tomlinson