I can't share every moment of my trip to Zorana Land; however, I will share my moments with Bart. To my utter surprise, Bart snuck into my bed the first night. He warmed my feet and slept quietly. You should know that a cat has never slept with me; I like chickens but they don't sleep with me. And then the second night Z told me to just shut the door to keep Bart out. Bart has a secret and he is busted. I did shut the door. Again, to my utter surprise, I woke to the warmth of Bart. I was sure that I had shut the door. We later discovered that extra care to shut the door is needed. Listen for two clicks and it is shut well enough to keep Bart out. Imagine my utter surprise when I awoke to Bart scratching on the door for entrance to what is now known as Bart's room. I was the intruder. Bart and I are good enough friends though. 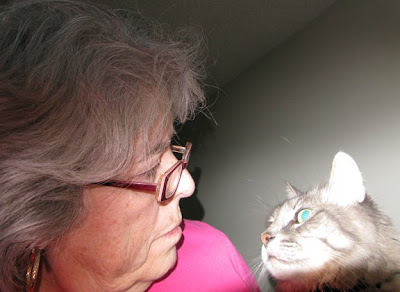 We had very serious conversations early in the mornings while the house was quiet. Actually, Bart is such a gentleman. While I was sitting in the chair in front of the computer, he would come up and tap my arm with his paw for an invitation to my lap. After some eye to eye and face to face conversation........ 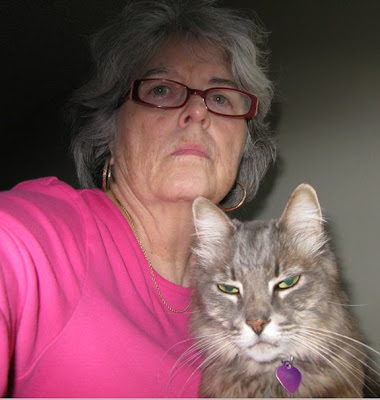 We read emails together. 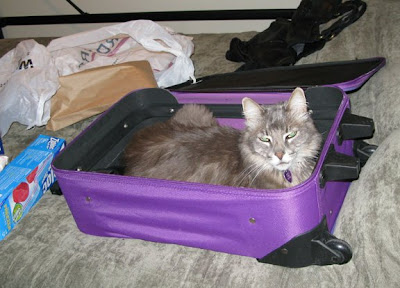 And then it came time for me to pack and leave Zorana Land.
Now, I don't know if Bart was anxious for me to leave or maybe just maybe he wanted to come to Texas. Bart and I.