Before I can take you on my path forward,
I want to tell you in 1,144 blog post I have only mentioned the Garden Palace in that one post. You may have seen it in the far background of a photo. That's all. Actually, I never understood why I could not share other than a feeling that I needed to keep something to myself.

Now, I need to make this record of the history of the  mostly because some of the details are fading and it is a fine daydream story. It is me.

My daydream starts way back in the late 1970's before ever moving to Marlin . I had a dear friend who lived in the country in the middle of the woods in a modern home built by her contractor husband. And yet, she cooked on a wood burning stove, as well as, in her huge den fireplace. When visiting, I slept on freshly ironed, crisp, white, vintage linen sheets, I washed with homemade soaps that smelled of lavender and bathed in a huge claw-footed tub that sat in the middle of the bathroom.

She had many daydreams. For example, she had more than one tiny house. Near the kitchen back door, she had a tiny house that was loaded with old kitchen stuff. I remember the plank board shelves that lined the walls. They were decked with scalloped shelf paper that hung over the front edge. Her shelf paper was homemade from newspapers.

Further down a path she had a tiny house that her dear husband had disassembled board by board and moved to their property for her because she had a daydream. Entry through a garden gated picket fence decked out in a huge pink rose bush that draped on both sides of the fence set the stage.  Inside was completely furnished with vintage or primitive furnishings including beautifully aged apparel laid out ready to wear.

In a barn loft some distance from the house straight up a board ladder nailed to the wall, she had set up an operating room. My friend was a retired surgical nurse and collected vintage medical equipment. The scene was set. An operating table including stirrups and covered in freshly ironed, crisp, white, vintage linen sheets sat right there in that barn loft, in the middle of a pasture. The tray table was covered in neatly lined necessary surgical insturments and equipment. Another table held tiny vintage medicine bottles. It was amazing and only waited for a patient.

For years, I spent hours in my heart, mind and soul daydreaming about having my own tiny house. It was a fantasy in my mind where I escaped for hours of pleasure.

Then, one day in 1995 while I was in that place, in my head, and on my 10 minute drive to the office, the fantasy grew. Another layer was added. More like a new scene.  I will never forget that day. Half way down , I went through the proscenium opening. I lived in an aging town, with lots of old uninhabited board houses. Maybe I could just drive around and find a tiny house. And maybe I could have it. And maybe I could do that today. And for sure I won't be able to concentrate at my desk today or any day until I can do that.

I had never before let myself go this far. This deep. And I have often said on this blog that "nothing ever happens before it is time".  So, about 4 minutes after driving through that proscenium opening on Walker Street and stepping into a new scene, I turned into our parking lot right directly across from the county court house and as I rolled into my back door parking spot.....

This is what I saw 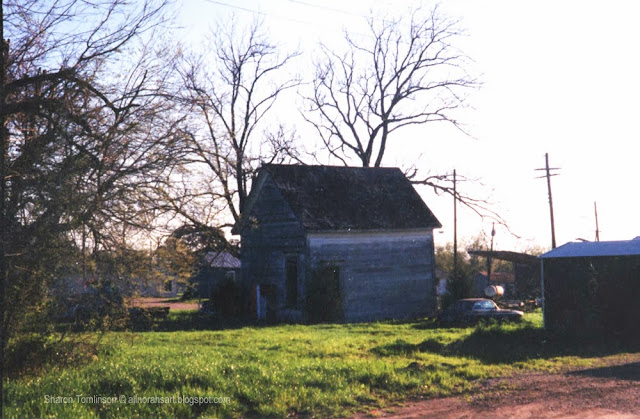 I can't remember if I took this picture on that very day or the next. This had been waiting for me for about 13 years. 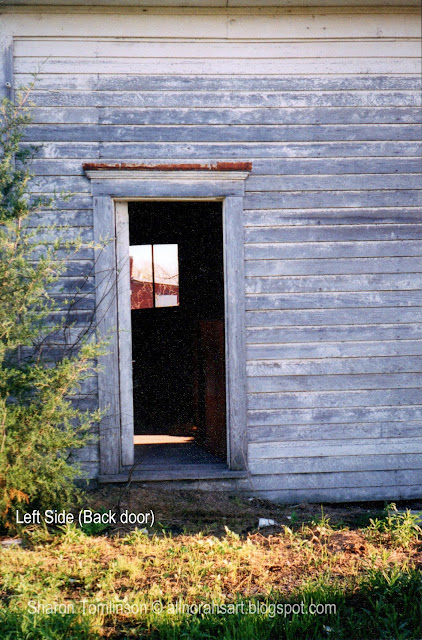 Close up of the above picture 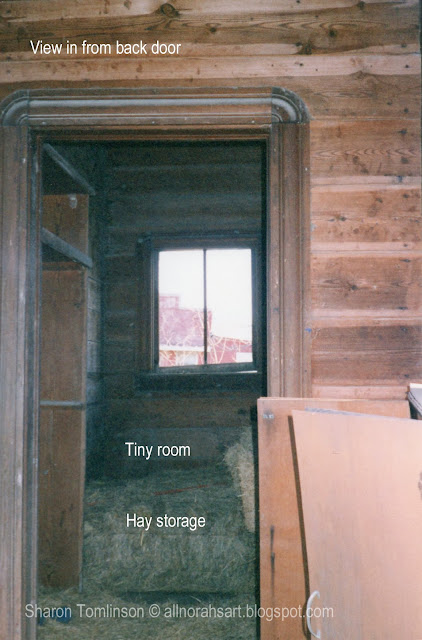 One step in and I was a goner when I laid eyes on the molding. 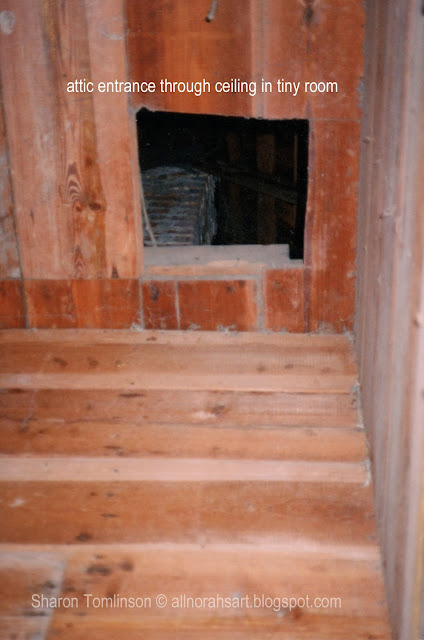 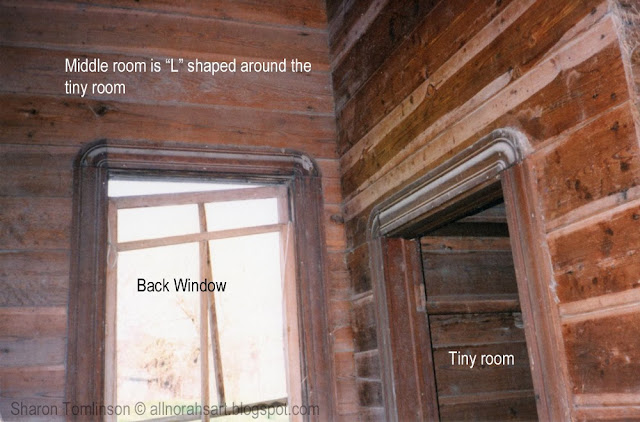 I had to have this! 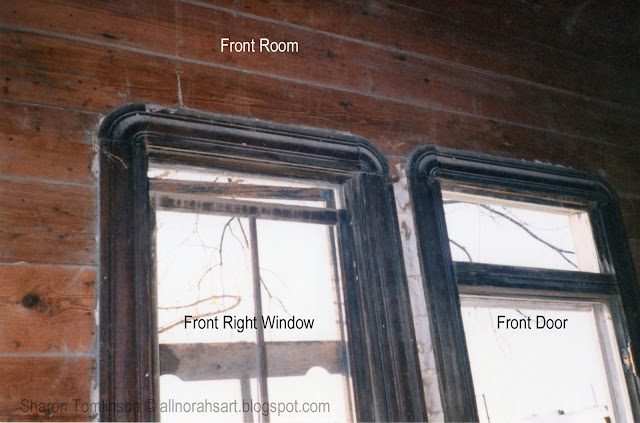 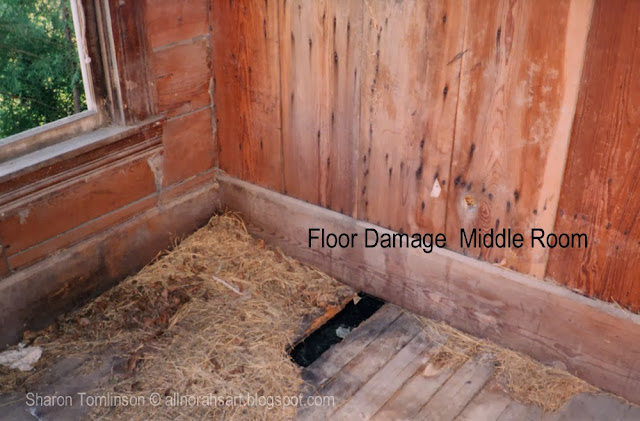 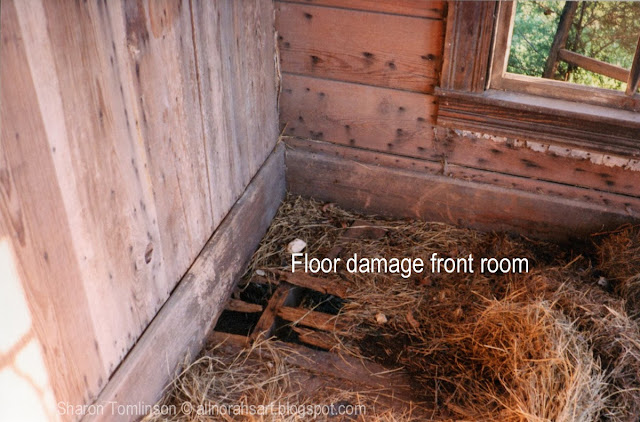 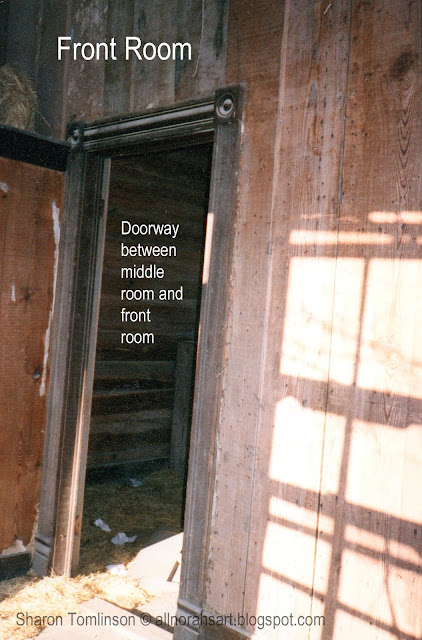